Isaac John, Victor Joseph and Farhan Nasirudeen, winners of the I4G Community Challenge share their experience with the challenge.

“Entering into the challenge i thought it was gonna be a piece of cake . We were asked to create a product hunt kind of platform in a space of two weeks. Oluwatobi Bamidele handled the front end using react while I did the backend using Django Rest Framework.

I thought to myself that I was gonna build the entire stuff in less than one week but things turned out differently than I thought. Everything was going fine until it was time for us to integrate the frontend and backend together. That process took us over one week to figure out but thank God we scaled through (courtesy of stackoverflow 😉). And won second place.”

It was a great experience, something I had never experienced and I’d do it again at any given opportunity. I never thought I had the skills to participate but I did anyway. After much debate, I decided to join the i4g Hackathon. If not for anything else, to connect with people and also learn from the program. I was a bit late by the time I finally made up my mind to join. Things had progressed in the program and everyone already belonged to a group/team.

There was absolutely no one to partner with. I was basically a loner just observing and looking out for late-comers like me to partner with not until one of the contestants asked a question, ‘Can it be done alone?’. The response from other contestants made it seem like it was impossible. I was challenged! I was going to be in the competition as a one-man team against all odds. The confidence I had was top notch!, had just learnt tailwindcss with my previous knowledge of PHP(Laravel), I decided to work on the project using those frameworks and there was no stopping me! 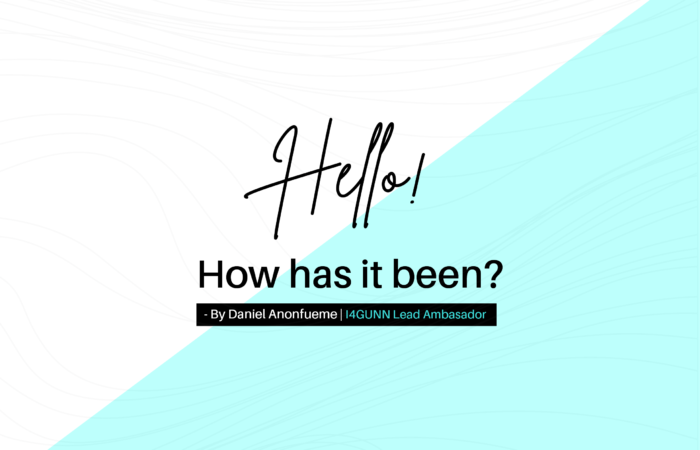 Hello, How has it been?